Suhasini Haidar is the Diplomatic Editor of The Hindu, one of India’s oldest and most respected national dailies (www.thehindu.com), regularly writing on Foreign policy issues, and hosts a weekly online show "WorldView with Suhasini Haidar" (Youtube playlist). Prior to this, Suhasini was Foreign Affairs editor and prime time anchor for India’s leading 24-hr English news channel CNN-IBN (2005-2014), and Correspondent for CNN International’s New Delhi bureau before that.

In 2015, she was the recipient of the most prestigious Indian print journalism ‘Prem Bhatia’ award, and has won a series of awards for her work in Television as well.

Over the course of her 28-year reporting career, Suhasini has covered the most challenging stories & conflicts from the most diverse regions including Pakistan, Sri Lanka, Libya, Lebanon and Syria.  In India, she has covered the foreign affairs beat for over a decade and her domestic assignments include political profiles and in-depth reportage from conflict zones including Kashmir, where she was injured in a bomb blast in 2000.

Suhasini Haidar worked with CNN International from 1995-2005, regularly reporting from India, Pakistan, Nepal, Sri Lanka and Bangladesh.She was part of the CNN team that won the Columbia-Dupont Broadcast Journalism Award in 2005 for coverage of the tsunami in India, and worked for CNN.com in New York for a month during its 9/11 coverage.

Suhasini began her career in journalism as an intern at CNN's United Nation's bureau in New York in 1994, after which she joined CNN New Delhi bureau as a producer in April 1995.

Suhasini earned a Bachelor's degree at Lady Shriram College in Delhi, and then completed her Masters in Broadcast Journalism at Boston University's College of Communication, USA. She lives in Delhi with her husband Nadim and her two daughters Ava Mumtaz and Maya Mehr. 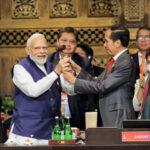 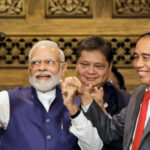 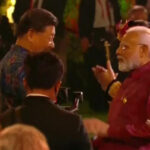